… we were half a million strong.

Three weddings in two days left us pretty much depleted. We managed the stresses and strains and paced our bodies and got through. Much to our relief and the grateful delight of three happy brides. C&P goes from strength to strength and we are having fun.

After a clear down on the Sunday we were at last free and able to head down to WOMAD 2019 for the last days entertainment and a complete chill. Of course, WOMADs happen all over the world so we have no excuse not to go. We have lived within half an hours drive of this festival for 10 years and never made it. Shocking admission for a music nut.

The sun had his hat on, as did lots of other crazy people, and the vibe was as chilled out as it could be. The feel of this festival is very much hippy and family. Ah, just like the old days. The music is from across the world. The rhythms of dance and pure mutual humanity abound. Kids run around well behaved and having fun. Adults come multi-coloured. The food is also from all umpteen corners of the globe.

We enjoyed Brushy One String telling his story. We came upon Dowdelin rocking a crowd that had stopped in its tracks on the way to somewhere else.

A full on dance party shook whatever was available to Sofiane Saidi and Mazalda. Orquesta Akokán have some amazing musicians swinging a salsa.

And we wound up with Mr.Zep…Robert Plant and Suzi Dian with Saving Grace delivering a set of traditional tunes and other covers that all packed an emotional punch to the point where one adoring fan called for a “something cheery”. How old is RP? His voice is still as strong as ever and to my ears, more melodic and controlled. Who am I to say? I loved it.

We felt the warmth and the fun of the fair. Next year, we reckon we just might stop work and camp out for the weekend so that we can take part in holistic hypnosis, yogic cat scratching, transcendental worm charming, star gazing for the inter-planetary, dope sniffing for the discerning, beginners djembe, improvers djembe, advanced djembe, djembe for dummies, penile henna tattoo……man… 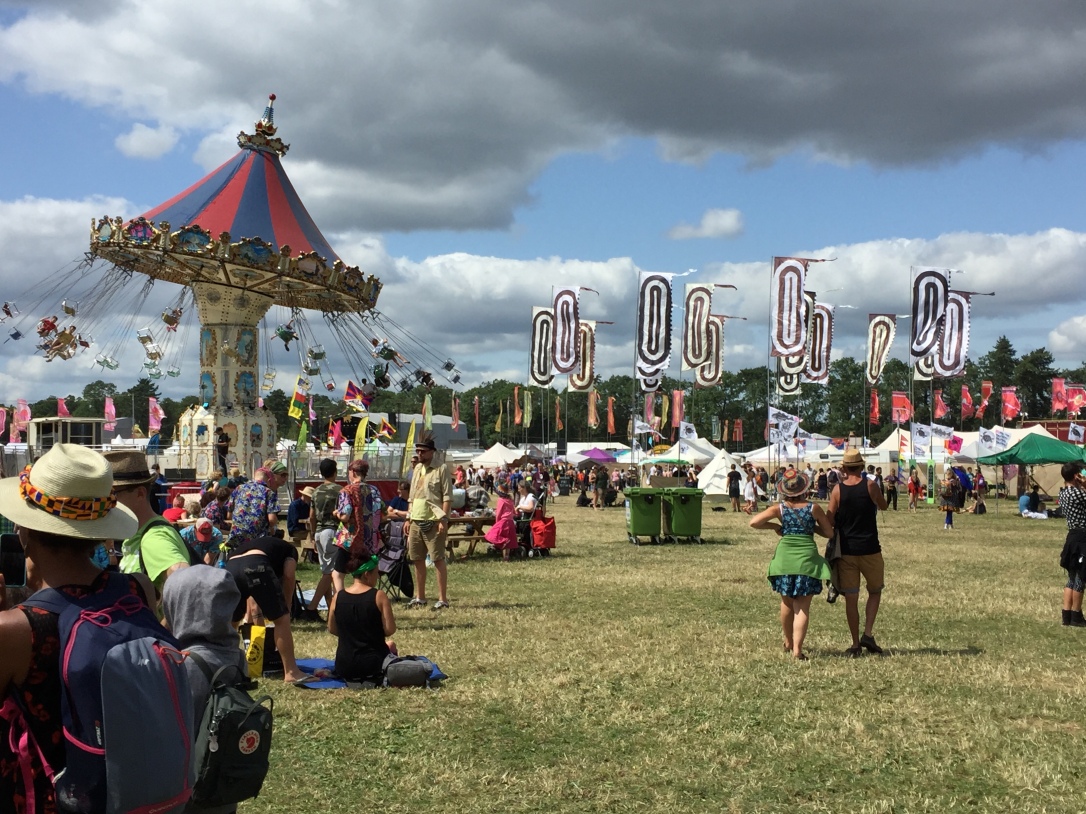