In recent months I’ve been turning off the radio and turning on to podcasts. It began with the acclaimed “S-Town” which led me to the equally acclaimed “Serial” and now I’m a full fledged subscriber to “This American Life” which never fails to entertain and inform my week. I guess my reader from over the pond is way ahead of me. But hey, I’ve always been slow on the uptake.

My podcast explorations have taken me to “Invisibilia” and their current run on the human condition. Yesterdays catching up was on the topic of implicit, or unconscious, bias, particularly with regards to race. 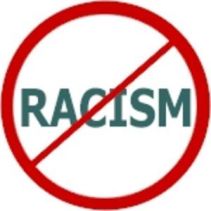 Personally, I would be horrified if I ever offended anyone with a racial slight. I don’t see myself as racist and can’t think that I ever have done. I had the potential to be. I am the eldest of four who grew up in the north where we are all supposed to be politically Left but socially Right, hence Brexit. But the increasing awareness of unconscious bias in many aspects of our lives is proving to be a fruitful ground for personnel training, on the one hand, but personally challenging for the individual on the other.

In recent times I reflect upon two particular incidents where my unconscious bias may have reared its ugly head – or not.

During a short hospitalisation a few years ago I was visited late at night by my “to be” Indian anaesthetist. He came to my bedside to run through the 20 allergy questions pre-op. Unfortunately, his accent was so heavy I found him difficult to understand and in my head I decided he might be affronted if I raised this. I’m pretty healthy so I settled for answering “No” to all the questions and figured that I could survive an Appendix operation anyway.

The second incident is more recent and perhaps, more transparent. I’d arrived too early at the station for my train and so decided to have a quick simple meal and a pint in the bar. I was mid-meal when a young Asian guy came and sat at the adjoining table and struck up a conversation, mainly around how delicious my food looked and whether I’d had a good day in The Smoke blah-blah. Just an easy going chat.

Then he asked, apropos nothing, if I would look after his briefcase whilst he went to the toilet. He saw the instant involuntary flash of fear and surprise in my eyes and I immediately felt bad. He got me off the hook by saying that it was okay he would take it with him and he couldn’t hang around anyway.

I watched him leave. He didn’t go to the toilets unless he was heading for the ones down the escalator to the platform which are a bit of a hike. And if he was going to them anyway was he going to hike all the way back again ? And no, no bomb-in-a-briefcase exploded.

So, I’ve been troubled by this. By my reaction which shocked me. I had refused to keep an eye on a briefcase offered to me by a young Asian guy who had been perfectly pleasant to me. Where was the trigger ? That fact that he was Asian ? The fact that I was looking after a case that I didn’t know what it contained ? Both together ?

I have consoled myself with this thought. I was a young man in the ’70’s when the IRA were active “on the mainland”. If I had been in the same position and a man with an Irish accent, mid-thirties, had asked me to look after his case whilst, etc. My reaction would more than likely have been the same.

Therefore, it’s a combination of both. Both, with the prevailing circumstances at the time, in the situation and the world around us. Which leads me back to how an unconscious bias is formed and how to deal with it. (See how this discussion could go on ?) I’m not happy that the bias took over. It is probably neither of our faults and I’ll never get to apologise. But next time ? Let’s talk about it, show me what’s in the case, and yeah, go do your business………. perhaps we can all learn from each other if we fight our unconscious biasses.

2 thoughts on “Unconscious bias ? Deal with it !”