As I mentioned before, I was prompted to “drop in” on Atienza by the Rough Guide ( actually it might have been Lonely Planet, anyway….) and so I pack up my armour and head for the hills. Given that yesterday had been a mightily blowey day indeed, today is calmness itself. Not a breath of wind, which, given that we are so open and high up, is something of a miracle. And, as has become the norm, the countryside is, of course, just beautiful.


I pass what appear some kind of filtration system, I think near Riosalido. The Rio now being long dried up and the water beds stagnant.

Siguenza to Atienza is not a bad clip – 20 miles or so – and so I pull into Atienza late morning. There’s not much going on but it clearly is a lovely village to view and explore.

My elevation profile reccy had highlighted one helluva climb about halfway through just after Alpedroches. It was all important to fuel up for this if I was going to give it my best shot and as I approached Miedes de Atienza the hills rose in the distance. I was heading for the Castilla y Leon line.


The Paso de Ganado, is a long snaking climb out of the valley to the tops of the moors and as is the nature of long snaking climbs, facilitates fantastic views at every snake. As I reached the moorland at the top I still couldn’t believe my luck. I’ve tried to verify the name and I’m sure that that is what the road is called. All Google searches turn something up in Mexico and a rather fetching rear end sticking out of a car (?). 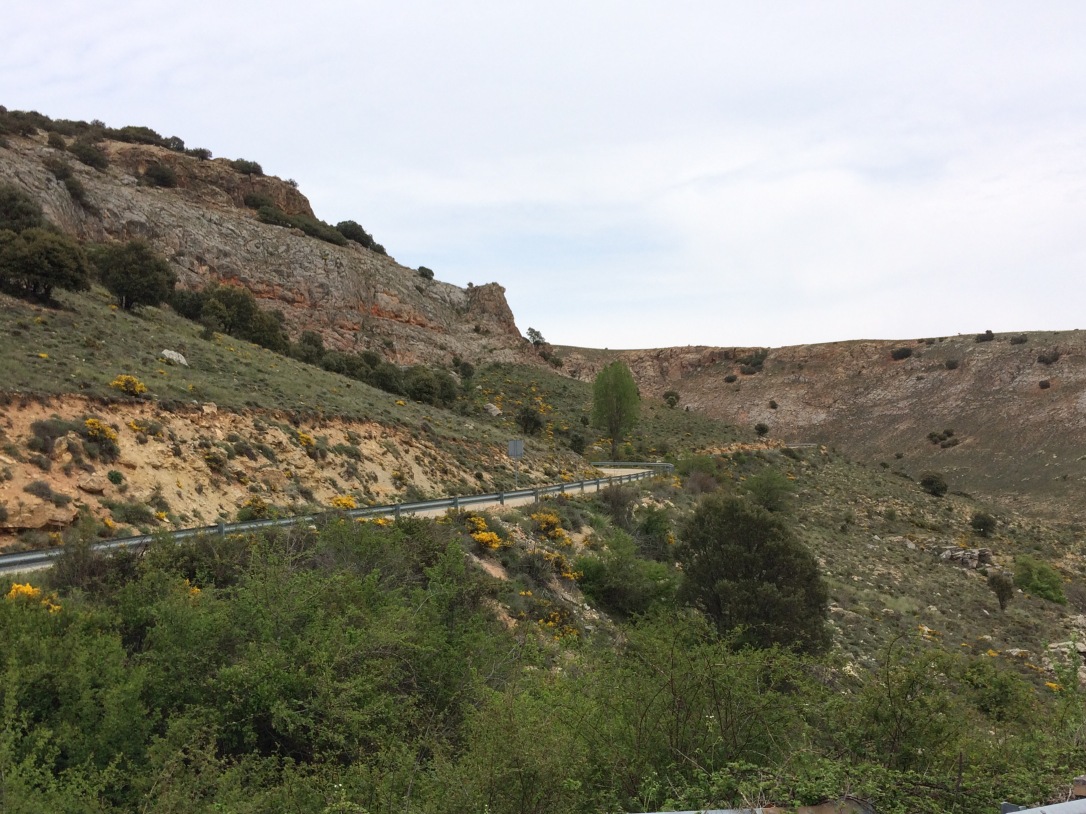 On top of the moors there is still no wind and I can’t believe it, and if you are at the top the only way is down.
El Burgo de Osma is my home tonight this time with a balcony view looking out at the cathedral. 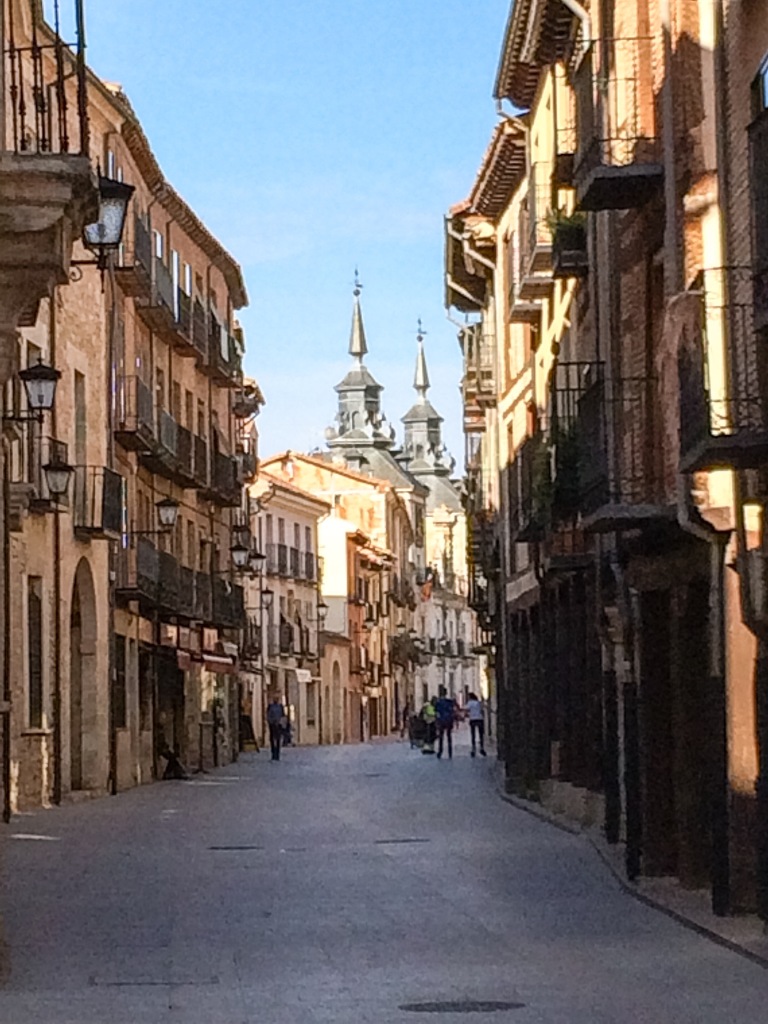