Caveat Emptor 2: Travelling light as I am, I have left behind my DSLR. All photos are from my phone or iPad with the limitations that they have. But it’s not art is it, they are to illustrate the journey. Enjoy.

Storks,sitting atop their nests, themselves atop the pinnacles of the church of Santiago in Caceres, threw back their heads and clacked in the early morning. Their seemed some rhythm to it all as I too clacked my way across cobbled streets in my cycling shoes. We were chilled, storks and I, but I suspect that they are tougher. I’m thankful that I packed arm warmers for these occasions. The storks were higher than me, of course, they could have been shivering. The deep narrow streets of Caceres must have given me some shelter because when I hit the outskirts heading north, eventually free of the shelter of empty industrial units, I felt the full force of the north-easterly that was to blow for the rest of the day.


I had wondered if a headwind would be a feature of riding north from this point, sweeping down from the Pyreness or, indeed, as I get closer, the Atlantic. Fortunately, my training in the Cotswolds had been on many a blustery day, as Pooh would say.

I spent much of the first two hours trying to avoid the effects of such a blast. Crouching down onto the drops frequently to reduce wind resistance and wind chill. By the time I had reached the top of the steep climb halfway through the ride I had my first injury of the journey so far – runners nipples. Oooohh. I pulled over and reached into my bag for my butt cream. I guess I might have to start applying to my moobs on future days.

This was a 55 mile ride with only 2 towns along the road between me and Plasencia. But the landscape is changing as I approach the hills in the distance. Everything is becoming greener.

I had been looking forward to riding by the huge Embalse de Jose Maria Oriol, a lake served primarily by the Rio Tajo, and which was one of the creations as a result of the building of the Alcantara Dam some several miles further west. The Rio Tajo is a hefty river and hefty rivers need bridges …..

I gave a thought to Peter D today. Peter would be out on his two-stroke, bending a knee and snapping his wrist as he navigated these curvas peligrosas as many a leatherclad warrior was doing. They were clearly having fun.

The gulleys along the lake gave me respite from the wind and it was a delight to see the deep blue of the water.


It was along this stretch that I came across more pilgrims. Serious walkers all, carrying long wooden sticks, wearing shorts that gave way to weathered skin. This is a long way on a bike. To walk it calls for some serious commitment, and, I assume, a strong faith. Good luck to them. I’m sure that they have lots of thinking time.

(I was overtaken by a cyclist who called “Baa Santiago?” “No, Santander” -grunt. I don’t care.) 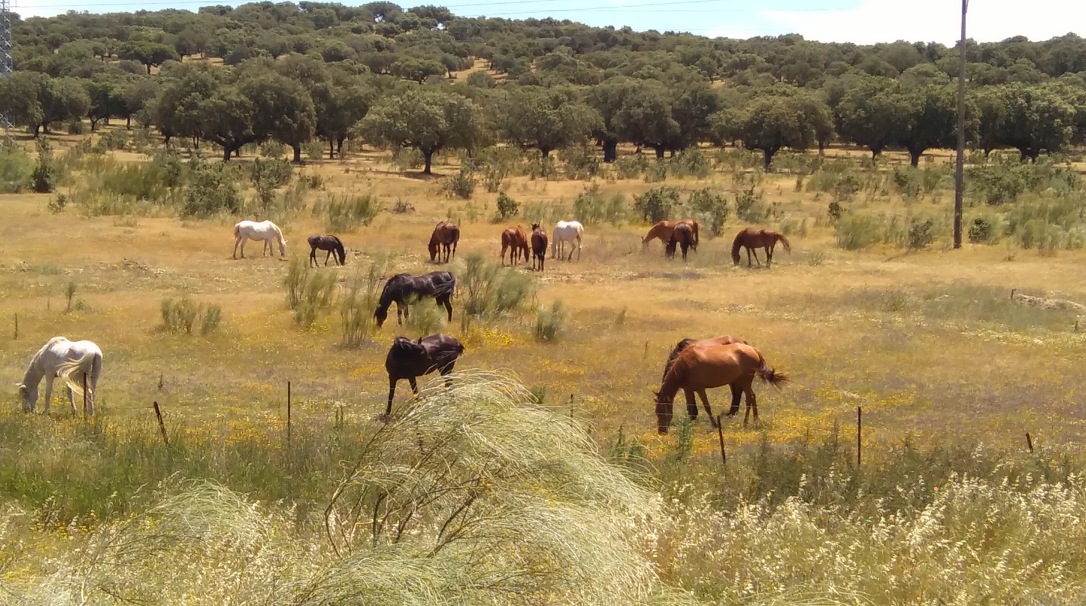 Plasencia is not as charming as Caceres, and what’s more, it is Sunday siesta time, it is closed, and as I was to learn, is staying that way till tomorrow. It does, however, have it’s historical buildings as a result of being on the Ruta de la Plata centuries ago and the significance that that brought. Tonight I am staying in a Parador. I had to stay in one on the trip,didn’t I? 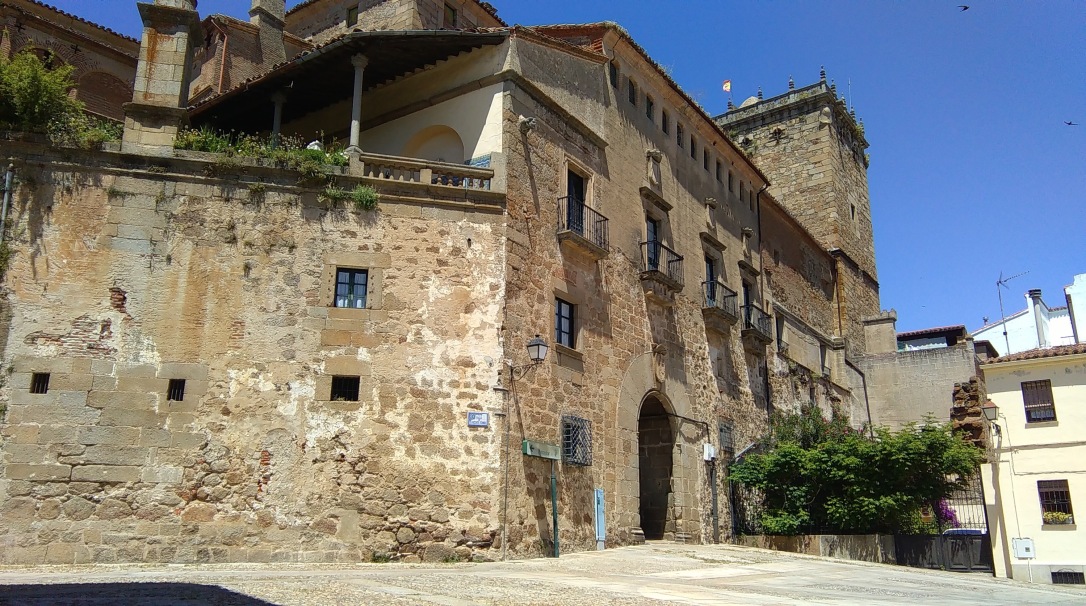 This one is a converted convent and whilst I am sure the nuns of old didn’t have a bar, it is all still pretty atmospheric, sitting having your beer in the cloisters surrounded by all this history.

6 thoughts on “Day 7 Caceres to Plasencia”