“We don’t ever seem to do beach holidays,” whimpered Mrs. Monkey, mournfully, with her nose buried in the January edition of “Daisy Grower”.  “Why can’t we have a beach holiday?” She developed the theme. True enough, we have had one beach holiday in 19 years. ” I think I’d like a beach holiday”. Just in case there was any danger of me not listening.

Let the passage of time transpire and with the requisite number of clicks we were soon decamping to the Dominican Republic and the region of Punta Cana for a week of relaxation, culture and cocktails – our second beach holiday in 19 years.

The Dom Rep shares the island of Hispaniola with one of the poorest nations on Earth, Haiti. One can only picture that this island then is one of contrasts.

We chose an adults only resort, avoiding other peoples kids and all that, and quickly began to assume the position and work our way through the extensive cocktail menu. But after day 3 of this hedonistic slobbery it became clear to us, as it did last time we had a beach holiday, why we don’t do beach holidays very often – we need to get out and see the laaannndd.

Our guide was from a local tour company and a Dominican born and bred, and obviously very proud of his island. We trundled through a lush green landscape, (the UN have just announced funding to protect the islands extensive forests) quenching our thirst from the Caribbean heat with frequent tots of local rum and Coke. Soaking up the facts and soaking up the surroundings.

This may be a patriarchal society, as societies often are, but the success of the matriarch was championed widely. Oh how fruitful are the women of the Dom Rep. Our guide was proudly one of 14 siblings and he pointed out the house of the islands most bountiful. A woman in her 80’s who had had 26 children. Glory be! The girls here seemed to start young in Mother Stakes. I suspected that the younger generation were grateful for the global reach of satellite tv.

Swept along on this tide of fruitfulness came the real current success story. The Dominican Republic has had its share of dictators and political turmoil over the years. But today, unrest, or indeed, dictatorship, appears to be behind them since the country has been a representative democracy for some time. 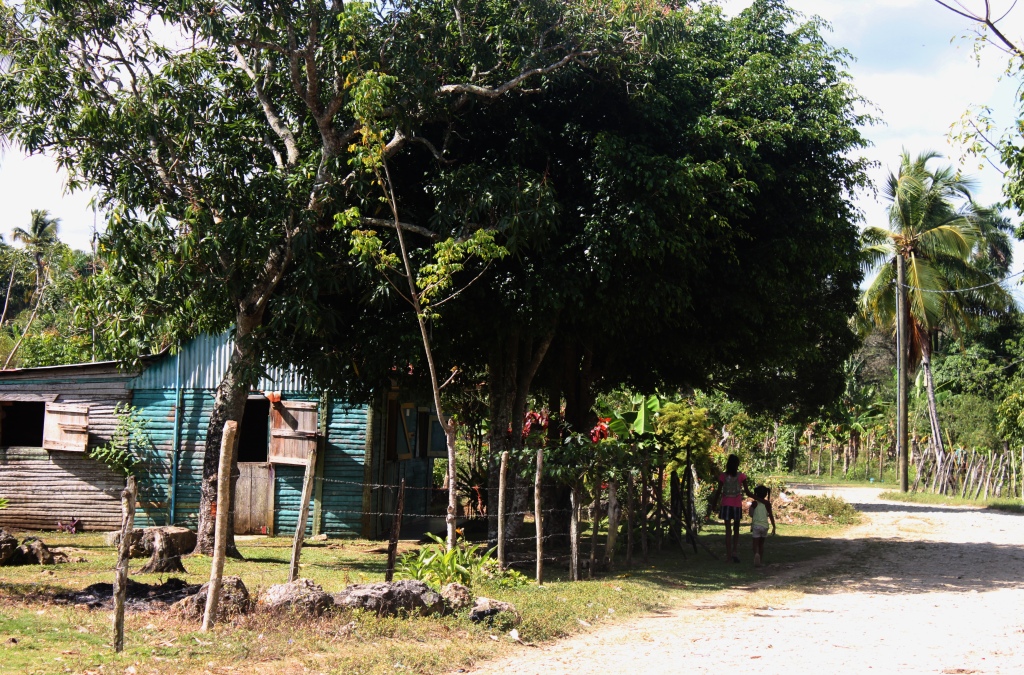 Our guide tells us that the current President, President Medina,has a popularity rating of 91% –  and this on the back of a 3% increase in taxes. Right-wingers the world over would have blanched and clutched their pacemakers. But in the Dom Rep this money is all being spent on education. From next August the length of the school day is doubling from 4 hours to 8. Each child will receive a free state school uniform and a free school meal. The state is building an extra 29,000 classrooms ( as if to underline the point we passed 3 new schools being built) and will be recruiting over 100,000 new teachers.

This huge investment in education is receiving countrywide support. Families are better off because they don’t have to provide school clothes plus they also save one meal a day. The construction industry is booming. Teachers jobs are being created. And given that everyone knows that the route out of poverty is education, the future for the Dom Rep looks rosy indeed.

This is only a snapshot, of course, and I’m sure that getting to this point probably required some political shenanigans and leaping through hoops ( of fire, perhaps). (The point however, was well made, so if you speak Spanish and English, get yourself on the Dom Rep recruitment list… the kids want to learn English.) 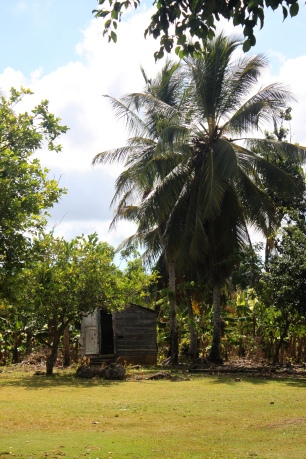 Back at base, the position resumed, we sipped another Mojito and watched the white crested waves tumble into the golden shoreline and reflected on our day.

It did indeed seem that visionary politics can still be found to achieve something somewhere in the world.

2 thoughts on “Education in the Dom Rep”