The Minimum Income Standards Project by the Joseph Rowntree Foundation “aims to define an ‘adequate’ income”. In April this year they came up with

So, put simply, if you are a wage earner on the Minimum Wage, in a relationship ( and we all want to encourage stability, right?) with two children then unless you receive welfare support you are sunk. A lone parent needing to pay for childcare so that he or she can work is also sunk if on the Minimum Wage. And if you are caught in this poverty trap you will no doubt be labelled by the ruling parties and the Press as a “benefit scrounger” .  Folks, you can’t win. Life must depend upon fortitude and support from other sources.

I used the JRF Minimum Income Calculator as an exercise.

My recent experiences have been enlightening and also disappointing. Working as a temp I have accepted the Minimum Wage and little above it. I have seen youngsters slog for their £230-ish a week. One young man so desperate, you could see it in his eyes, to feed his wife and child he worked endlessly for the Minimum Wage to try to create a good name for himself and thus a permanent, better paid job. Hopefully. 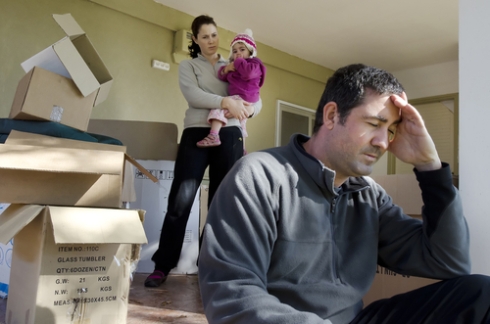 And I have seen employers shed one cheap worker for another. I have seen them exploit workers by paying the Minimum when the standard of work delivered was clearly worthy of more. The Agency’s attempt to get a rate increase rejected, probably on spurious grounds (though I can’t prove it). The Employer’s plan – to get the most for the cheapest outlay.

If you are a youngster caught in these circumstances it must often seem that there is no way out. When I joined the Temping Agency I was asked if I would work for the Minimum Wage. I said, “No, because if we all start accepting the Minimum Wage then it’s not going to go up, is it ?” . In the end, if I wanted to work, I had to accept, a start at least, at the Minimum Wage.

The whole exercise has been an eye-opener for me. I am dipping out – I will survive – but I’m not going to take a youngster’s temping/job opportunity. What I have found shameful is the behaviour of employers. And we now have the scandal of zero-hour contracts by big retail chains. Clearly, in an economy struggling to pick itself up, where the baseline of expectation is set so low, there are opportunities for secure companies to exploit the workforce.

There is an accepted Living Wage, supported by all Parties, set at £7.45 per hour outside London (£8.55 in London). What moral excuse is there then for not making that the Minimum ?

5 thoughts on “What’s the Minimum worth ?”