There is a challenge brewing in Europe – and we should be concerned. Any schoolboy history of the 20th Century will tell you that a divided Europe can be a devastating one. It’s for that reason that I have always been pro-Europe – pro-membership. It’s always seemed common sense to me to be involved and closer to Europe than to be distant and pretend that we’re not a part of it. And yes, I say that we should be involved, whatever it takes.

In the UK, being a part of Europe or not is a partisan issue. Rarely, if ever, do you hear people say they don’t care whether or not we are “in the club”. There are those who want us out at all costs and those, like me, who want us in. The arguments for both cases send people to sleep. I’d simplify it if I could. To those who want us out I’d say “ And then what? Take back our German owned carplants? Our Spanish owned airports ? Remember  – two World Wars and one World Cup.” (For my international readers the last remark is a parody of a football chant here which more or less sums up British “success” in the 20th century. Note the use of irony.) 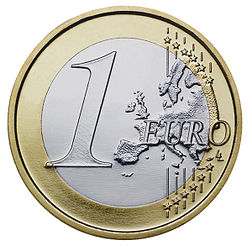 Some politicians say that the creation of the Euro was a fiscal step too far. I disagree. It was going to be difficult, I accept, but it was a brave attempt to unite the fractious tribes of Europe even closer. And could have worked. It may well still hang on. But the cause of the current situation in Europe is directly the fault of those same leaders who brought the Euro into being.

Membership of the Euro was created with strict fiscal rules for each Government but too quickly, perhaps within a couple of years or so, countries had problems. Italy, Spain, Greece and even France, had problems meeting the fiscal targets, so the targets were relaxed. They had more problems. More relaxation.

The Spanish government has nationalised one of it’s key banks and is helping others. Greece cannot form a government and the bail-out deal is just about dead in the water.

Italy is hanging on by a thread. We have a French Socialist president for the first time in 17 years…. and the youth of Spain and Greece are out on the streets in their thousands.

If the leaders of Europe thought that an austerity package for say, 10 years, would help stabilise economies and put them in shape for growth, what did they think that the growing number of young unemployed were going to do for that period ? Sell each other hotdogs or something ? An austerity package only hits those who already don’t have a cushion to fall back on. Did the leaders honestly think that they could apply these restrictions to societies already reeling from the crisis in 2008 ? The notion of condemning a generation to a lack of opportunity is asking for trouble – and that’s the fear.

Imagine – a disaffected and disengaged generation of young people sitting staring at the sun.

What happens next ? Answers on a postcard.

So, European leaders, now is the time for vision. Now is the time for real leadership. The man/men/woman/women who can give back hope to the young of Europe will go down in history. You must control their anger and channel it to prosperity. You must be prepared to make sacrifices yourself. You must persuade everyone, and I mean everyone, that the only way out together is to be in it together. You must demonstrate that vision. You must show them that the way forward is to create opportunity not to restrict them.

If you don’t , telling them to sit and stare at the sun and wait, is a betrayal of your responsibility, and shame on you if this venture falls.