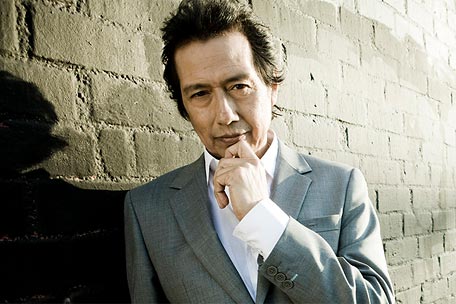 I’ve always been a fisherman of new music and have often used the Internet Archive as my random source. It’s always been just a case of “dip your hand in the barrel” and pull out……used chewing gum, an empty wrapper, something tasty but don’t want it twice……….or a peach.

A couple of years ago I dipped in and found a show by Alejandro Escovedo and to say I was hooked from the outset is an understatement. I have been a devotee of his music ever since and have bored my friends with my championing of his cause. 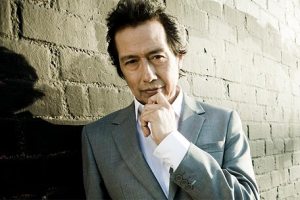 If any of my readers live in Austin, Texas, I have to tell you I would go and see this guy every week. For me, his song writing is quite superb. I aspire to be as good as he is. A self-confessed late starter, his first song appeared when he was thirty. Since then he has written some wonderful stuff.

Alejandro and his band, or just his main sidekick, David Pulkingham , visit the UK once in a while for what must be a bit of holiday playing small venues for fun. As far as American artistes go we’re rarely going to provide the size of audience to which they quite rightly become accustomed. So if, like Alejandro, they keep returning to satisfy the desire of a small army of fans then our appreciation can only be greater than the financial
reward. And fair to play them for that. (As for those who never return…Ratdog………….)

A murmur of a crowd of maybe 150 in a small room drinking beer. An intimate setting with no frills. It could have been bingo night. I don’t keep set lists or take pictures on my phone when I attend gigs. I’m there to listen and be part of the experience and I also find the insensitive pointing of phones at the stage intrusive and disrespectful in a way.

So, lights are down and the duo take the stage and start with “Anchor” . Alejandro introduces songs with stories from his childhood and rock past. Stories about his family. Always interesting and entertaining they have a relevance for each song he plays. We get “Juarez/Rosalie” from his father’s story.  “Chelsea Hotel 78” about the punk days and Sid and Nancy. David Pulkingham’s soloing is both exquisitely gentle and at times ferocious. It takes a good guitarist to play an acoustic that well. Did I see him flex the neck to get a bent tone?!  Don’t try this at home.

“Down in the Bowery” and then he spots space on the floor, calls for the house lights to go up, unplugs and they both come and stand next to me to perform “Fort Worth Blue / Five Hearts Breaking” to a silent, attentive audience suddenly enthralled by the move. It’s just like he’s playing in my house. I flash my hero a smile and he grins back. Kindred spirits.

And on we go for 2 hours of superb songs sung and played with emotion and skill. The bare bones….no effects or lights. He is the talent he stands up in.

For your first foray into his canon try “Room Full of songs”.

My love affair with Alejandro’s work began with “Baby’s got new plans”. From there your journey should begin.

An excellent night, Alejandro. We don’t have the numbers but we’ve got the love. You guys take care of yourselves, now. We want to see you back here soon.