I, like everyone else, was appalled by the level of wanton destruction and violence during the rioting in England’s cities in recent days. There appeared to be no apparent reason for any of it and the destruction of small businesses and, in some cases, homes above shops, seemed to defy rationality. 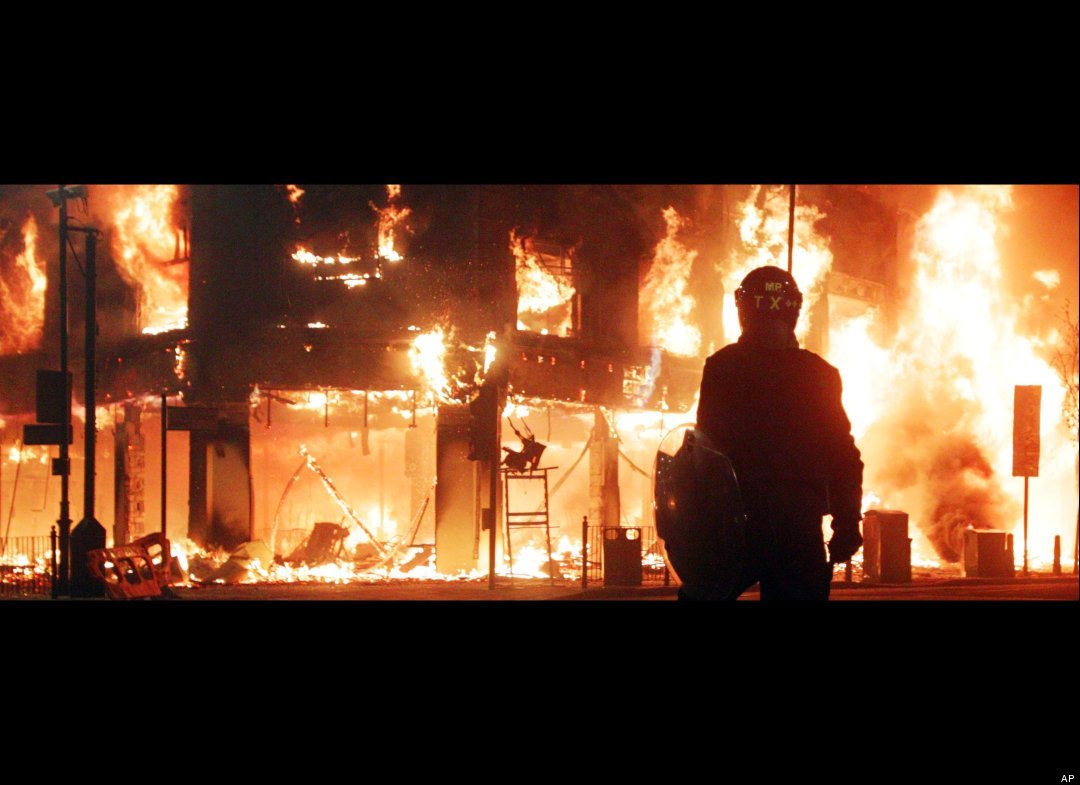 So, politicians cut short holidays and have appeared on our tv screens harrumphing about the state of society and the need to instill discipline into the young people doing the rioting. Without any hint of irony it didn’t take long for the rhetoric to fall back onto the hackneyed old line….blame the parents.

Maybe we should. Maybe it is their fault if “little Johnny” is seen running from the scene with an armful of shirts from Next or Topshop. But I don’t think it is as simple as that. When we’ve had riots and demonstrations in England before the reasoning has often been clear-cut. This is not the case, I think, now.

Let’s step back and see where we are in our society today. Margaret Thatcher famously said, “There is no such thing as society”. The implication being that it is every man for himself. She was wrong about many things. But perhaps that’s too far back. Hang on. Let’s quickly shoot forward to more recent times.

The pillar of authority began to wobble with the scandal of MPs stealing tens of thousands of pounds through falsifying their expenses. Some went to jail. (The plea, “I’ve paid it all back”, rang hollow.) Then the global banking crisis hit everyone when Greed Rampant turned in on itself. Even today, the markets are struggling to recover and regain any sound footing. The Murdoch phone-hacking scandal exposed not only the callousness of the Murdoch empire but the transparency with which officers and politicians in high ranking
positions can be bought and influenced.

Jobs are cut, prospects diminished. The Education Maintenance Allowance is removed from young people and university fees are trebled.

Petrol prices have risen, sometimes steadily, sometimes in horrendous leaps, to an all time high. Gas and electricity prices rise by percentages in their teens with no redress for the customer. And in the last few days Tesco has been fined for fixing the price of dairy products.

Inflation in the UK is likely to hit 5% shortly. Higher than it has been for years. The gap between the rich and the poor is wider than ever. Is it any wonder, then, that some might feel helpless. Looters, it would seem, have turned out to be a broad range. From teaching assistant to graphic designer, 30 year old to 10 year old, white, black, male, female.

Society is valid. It never goes away. It is what we are and what we create. From the thieving MP via the Eton educated Cabinet to the hard-pressed family in the wider country. The sooner politicians take their share of responsibility for the society around us the better off we will all be.

18 thoughts on “Blame the parents”